Home > Blog > Equipment > Excavators Vs. Posi Tracks: Which Digging Machine Is Right For You?
August 24, 2017 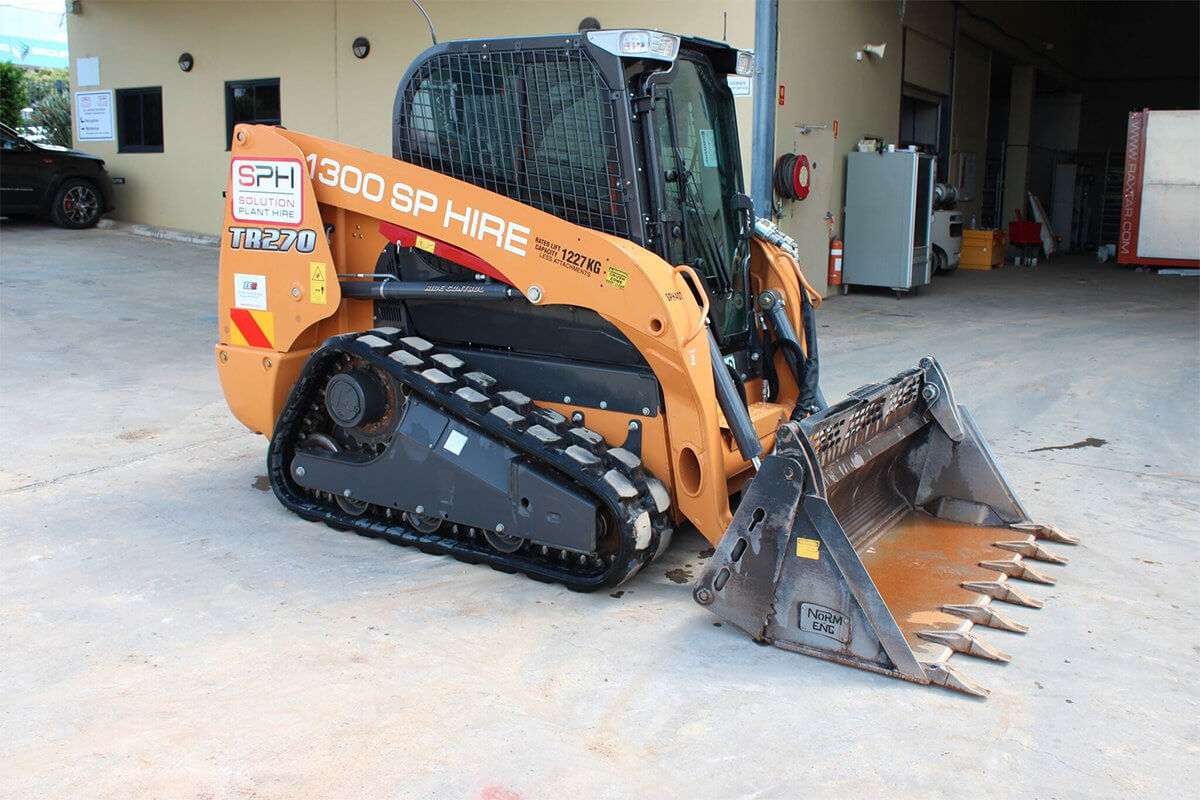 If you need a machine for digging, there are a couple of different options available to you. One is an excavator and another is a posi track, which is more well known as a bobcat-type machine (not to be confused with a backhoe, another type of machine altogether). On the surface these machines do the same thing – dig deep and wide for the purposes of landscaping, construction and civil – but you want to make sure that you get the right machine for your needs because in operation excavators and posi tracks behave very differently.

Excavators can range in size from a very small machine used for the small project purposes of digging a pool space, trench, or landscaping a garden, through to massive machines weighing in at hundreds of tonnes for large-scale construction and mining work. These machines are characterised by having a cab connected to the boom, meaning that an excavator can be rotated a full 360 degrees and remain fully operational.

Indeed, excavators are often called upon for work that requires fine manipulation or operation in relatively tight spaces; they can perform many operations while stationary.

For just some examples of how an excavator is used; they can dredge rivers, have applications in managing forest fires (by clearing space to minimise the ability for a fire to spread), demolish buildings, work on mine sites, and transport infrastructure construction and maintenance.

Posi tracks, or any tracked loader, bobcat style machine, operates in a very different manner; it digs by collecting earth and pulling the debris back towards the vehicle. So, while an excavator has an independent chassis beneath it, a posi track is more fixed.

As a result of the design of the posi track, the equipment needs room to move in order to operate properly; it lacks the 360-degree rotation capabilities of the excavator. Instead, posi tracks have an operating rotation radius of 200 degrees to the left and right. This is fine for applications where there are large spaces to manoeuvre the vehicle. For example, when digging trenches or holes in a linear fashion, one hole after another, with room to physically move the posi track between them.

There are a number of hydraulic attachments that can further enhance the versatility of a posi track (similar to how excavators can have numerous attachments to enhance their functionality). Tilt rotators, grapples, breakers, and augers all enhance a posi track’s ability to drill holes, dig trenches, and carry heavy debris or objects from a work site.

In terms of where posi tracks are used, the reality is that outside of highly specialised applications, there’s not much that they can do that an excavator is not more versatile at. Farmers and others involved in agriculture work with wide areas of flat land, so don’t tend to notice the inefficiencies in the posi track design. The machines are also versatile enough to be useful in industrial applications, particularly taking into account their heavy lifting capabilities.

Additionally, for some time posi tracks were smaller in form factor to any excavators in operation, and therefore had applications for smaller jobs. Generally speaking, a posi track weighs less than 10 tonnes, which is far smaller and more compact than a standard excavator, but with the advent of mini-excavators (which also weigh between six and 10 tonnes), and their ability to operate in even the smallest worksite, it’s rare for a posi track to be the “better” choice.

Which one is right for me?

If your work site is a smaller one, and still comfortably within the operating range of a posi track, then it’s worth noting that costs – purchase and maintenance – of a posi track is less than that of an excavator. For this same reason, if you need to operate the machine heavily and frequently, then a posi track can help to keep costs down. This is why the machines continue to be in high demand in agricultural and industrial settings.

On the other hand, when you need greater versatility and convenience or need to get a task done more quickly, an excavator is the superior choice. If it’s a smaller work site, then a smaller excavator is ideal.

Additionally, if you work in complex environments, then an excavator is going to be far more cost effective and convenient than a posi track. The features of an excavator make it useful for a wider range of applications, saving you the need to hire (or buy) further specialised equipment.