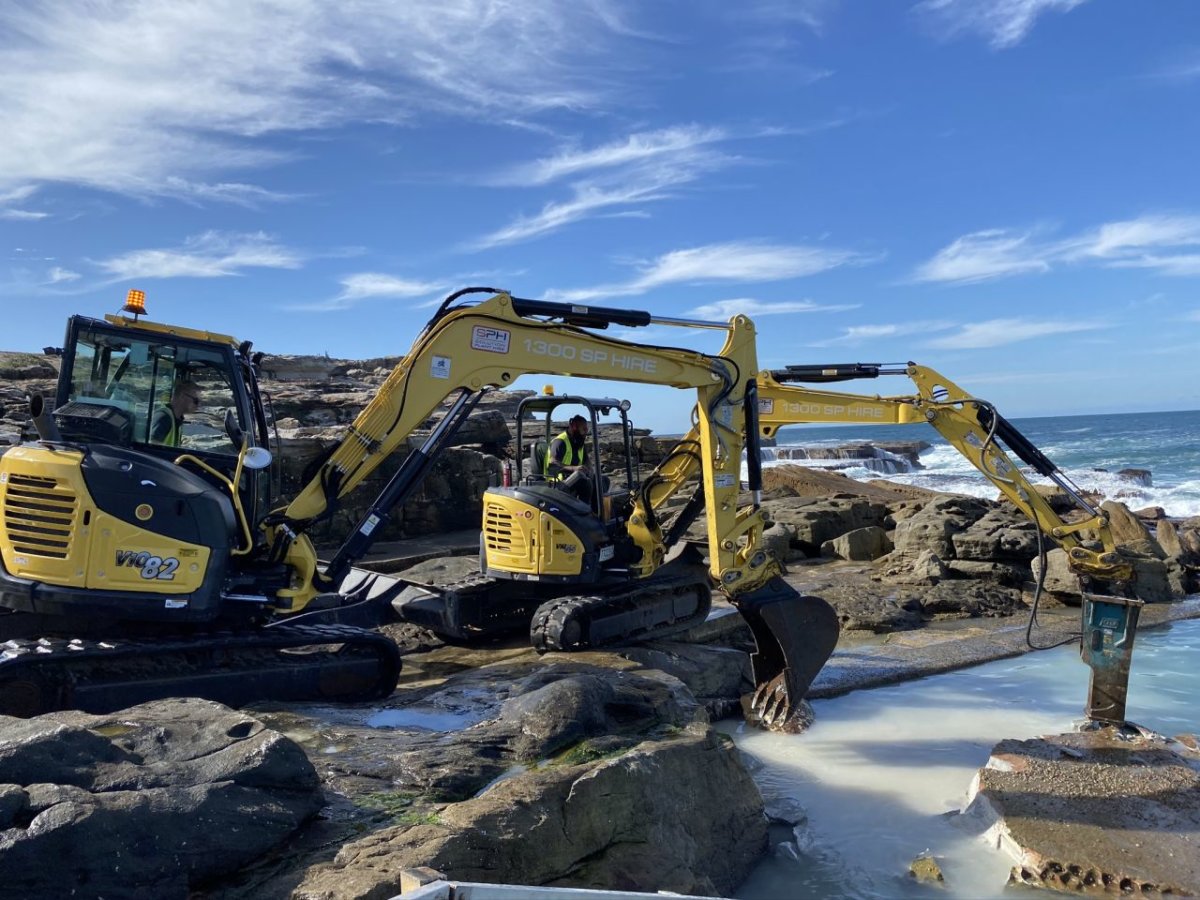 The Challenge:
A violent storm had caused a huge 20 tonne boulder to wash into the McMahon Pool at Maroubra, Randwick Council needed the rock removed as it caused a significant risk to public safety. The process itself would be quite dauting, as the rock itself needed to be somehow dragged to the shallow end of the pool over a distance of 30 metres. This would allow an excavator or multiple excavators to reach from the side and use a hydraulic breaker (hammer) to break the rock up into smaller pieces and be carted away.

The Solution:
Statewide Civil initially contacted Solution Plant Hire enquiring to see if there was some kind of winch excavator attachment that could be dry hired to drag the rock. SPH realised this was far too heavy and immediately began looking for other options to assist the project. The rock could not be lifted by crane, and the location of the rock and weight meant this was not an option.

After some further research and quick thinking, Nick from Solution Plant Hire found a way to move the project forward “I looked into getting a crawler crane in to do the job but after speaking with several crane companies and sharing photos of the job they all said that cranes aren’t designed to drag items only lift and due to location no one could supply a crane large enough to access and lift the rock. I then thought of a heavy-duty tow truck as there was just enough access for a truck to back down to one end of the pool.”

SPH approached GRS Towing and sent them a multiple photos and videos of the job at hand, and the proposed outcome Statewide were trying to achieve. GRS Towing were pretty confident they could get the job done using one of the largest tow trucks in Australia “The Hulk”.

The desired outcome was achieved with great success, Solution Plant hire sent a 5.5T excavator with hammer attachment to break to the rock up and an 8T excavator to scoop out all the broken rock out of the pool.